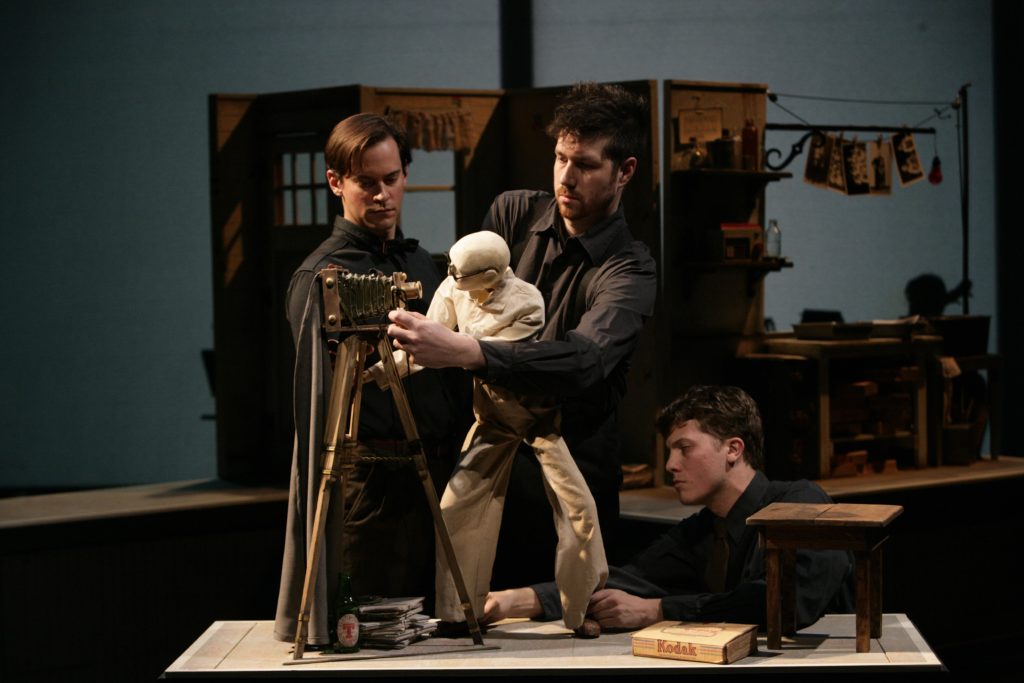 The Setup:
Mike Disfarmer was a portrait photographer in Heber Springs, AK in the 1930-50’s. Create a musical world that suggests Arkansas during the depression and incorporate some of Disfarmer’s personal idiosyncrasies into the score.

The Process:
I discovered in my research that Mike Disfarmer played banjo with a friend who was a fiddler once a week. I used those 2 instruments as the core of the ensemble and added an accordion for its folk like color and the harmonic complexity it would bring to the score. Disfarmer was extremely phobic about tornados, that were common in Arkansas. I decided to take a traditional bluegrass dance tune and slowly turn it into a tornado. 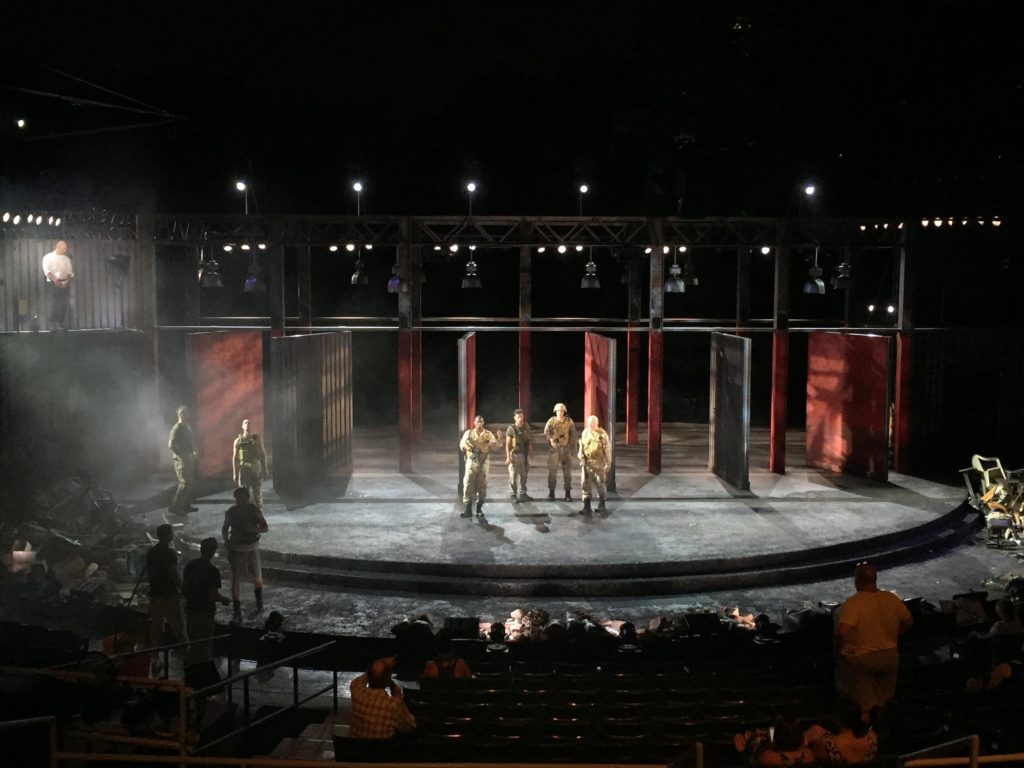 The Setup:
The Greeks and the Trojans debate the worthiness of a 7 year long war fought over the Greek’s abduction of Trojan Queen, Helen (of Troy). For the modern audience, let the music help distinguish the differences between the Greek world and the Trojan world.

The Process:
The production, directed by Daniel Sullivan, was in modern dress. In the Greek scenes, the men always wore their combat fatigues, a reflection of their aggression while The Trojans were know for their cultured civility and dressed accordingly. The music that I composed reflected that dichotomy. The music for the Trojans was always based on synthesizer string sounds with a female vocalize (in my mind, the voice of Helen) rising above the harmonies. The music for the Greeks was hardcore metal thrash rock. 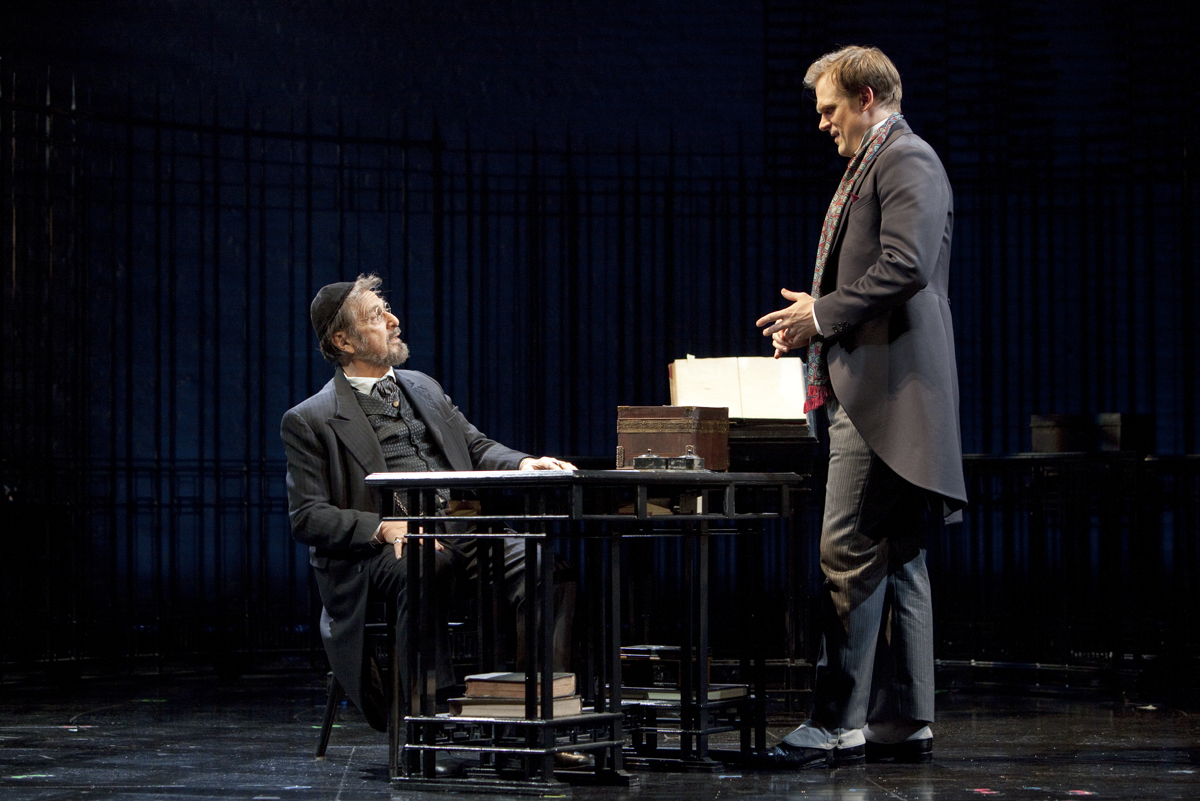 The Setup:
One of the stipulations in the trial of Shylock in Act 4, Scene 1, is that Shylock must convert to Christianity. Daniel Sullivan, the director of this production, decided that the conversion should happen on stage (in the text, the conversion happens offstage). Create a music cue for the conversion.

The Process:
The production is set in Venice circa 1900. Using an ensemble of 8 musicians: piano, violin, viola, cello, Bb clarinet, English horn, bassoon and tubular bells- a reflection of chamber music from that period, I started with a descending figure that is presented canonically. This slow builds tension by adding piano and chime chords. The chimes are a symbol for the church. The music builds in tension and dissonance as Shylock gets further into the conversion ceremony.

FATHER COMES HOME FROM THE WARS 1-3 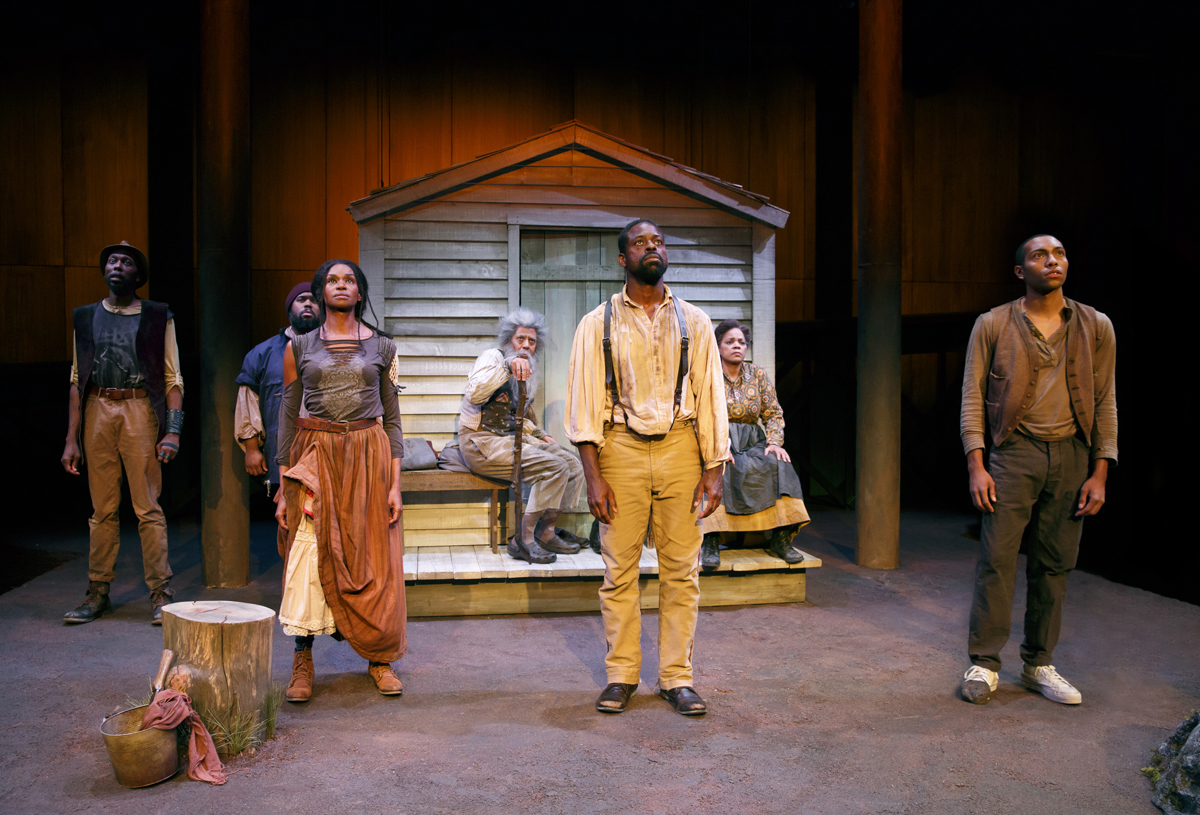 The Setup:
In Part 2, The Colonel, Hero (the Colonel’s slave) and Smith (the captive Union soldier), are in the woods somewhere in the South, in the middle of nowhere. We hear canon fire in the distance.

The Process:
In rehearsal, we had the Union Army cannon fire coming from stage left, and cannon fire from the Confederate Army coming from stage right. Both got louder as the armies approached. When we started the work in the theater, it seemed to me that it shouldn’t be clear to the characters whose explosions they were hearing. I designed a surround sound system that allowed us to move the cannon fire to different locations around the theater, adding to the confusion and the tension on stage and emphasizing the fog of war. I thought that was important to the storytelling. 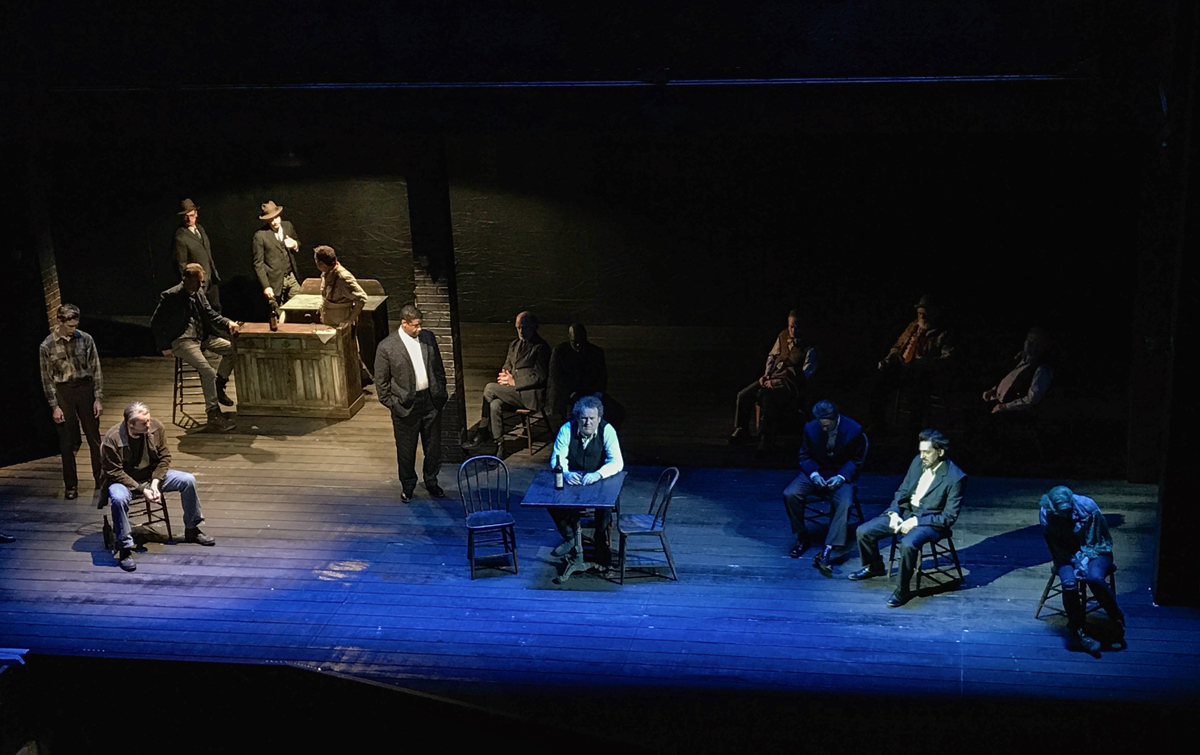 The Setup:
To transport the audience to 1912 Lower Manhattan for this revival of Eugene O’Neill’s classic play. “The play is set in the diviest of dives, and a lot of these bars had player pianos, so I did a lot of research finding obscure piano rolls that had songs that were not the big hits we know today, and not played by the best pianists, trying to set the mood for these characters to live in,” Mr. Schreier said.

What to listen for:
A dark song called “The Curse Of The Aching Heart,” at first played on a 1913 Edison cylinder, and then picked up live on stage by an actor playing the piano, as the disheartened barflies of the play assemble at the start of Act IV.

The Setup:
The Witch commands The Baker and His Wife to find three things in the woods to break the spell she has placed on them. This will allow them to have the child they have long desired.

The Process:
One of the three things they need is “a cow milky white.”I thought I could help make the connection between the wish for a child and the cow by using various baby cries slowed down whenever the cow moos onstage. It’s amazing how much the slowed down baby cries sound like a cow mooing.